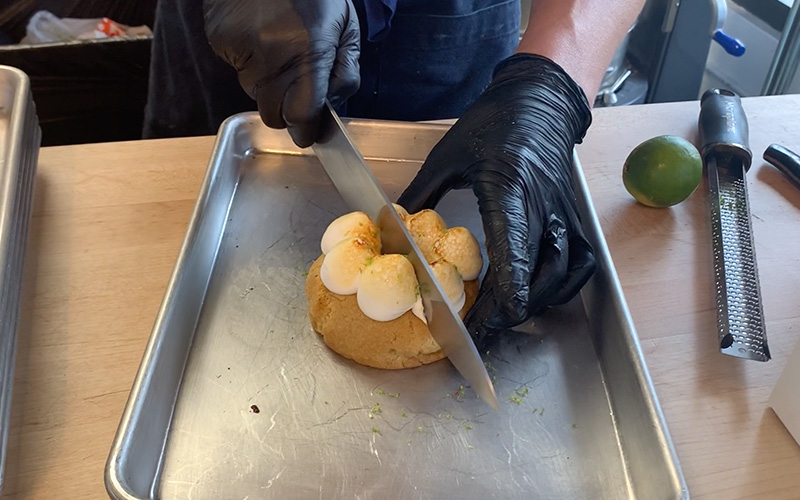 The SoFlo Vegans team caught up with Chef Max Santiago at Batch Cookies in Downtown Fort Lauderdale. They currently have three vegan and gluten-free cookies for sale. In this video, Chef Max shows us how they make their Key Lime cookie. Their other two cookies are the Walnut Chocolate Chip and PB Chocolate Chunk.

Chef Max Santiago is an award winning pastry chef and native of South Florida. He has over 25 years of dessert experience, which includes serving as the Executive Pastry Chef in award winning 5-star, 5-diamond hotels, such as The Ritz in Coconut Grove, The Peninsula Hotel in Beverly Hills, The Cove at Atlantis Bahamas and the ONE Group at The Gansevoort South Hotel. He is also famous for co-founding The Salty Donut; a popular donut shop in Wynwood. Max has also appeared on television, magazines and internet videos for The Food Network, Miami New Times, NBC 6, Telemundo and The Miami Herald.

For a limited time, purchase a vegan cookie from Batch and get a $5 gift card just for wearing your SoFlo Vegans clothing or vegan flag wristband. This offer expires on January 31, 2020.

If you don’t already have a SoFlo Vegans shirt or vegan flag wristband, visit our shop to get your gear today.