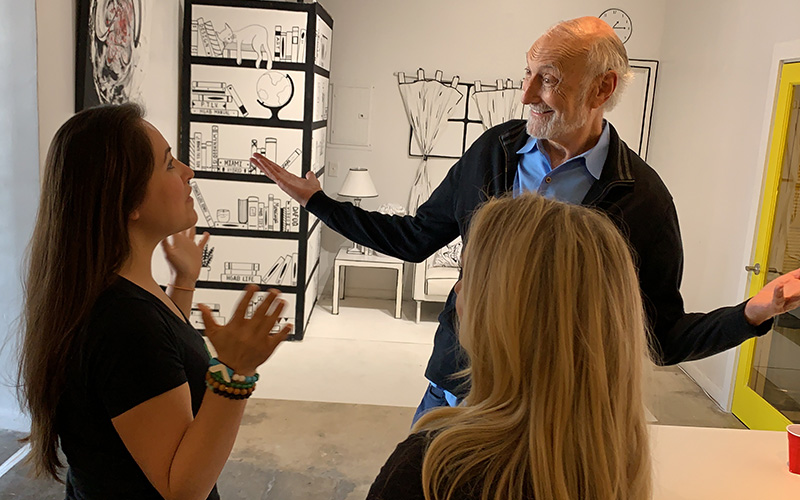 In this clip, Dr. Michael Klaper explains how actuaries are working on ways to compensate doctors for encouraging patients to focus on their health. This provides the necessary incentives to focus on a plant-based diet to reverse chronic diseases that are preventable. He also talks about the role dietitians and media play in the health of the general public.

This clip was pulled from an interview conducted for the SoFlo Vegans Podcast.

Watch new episodes of SoFlo Vegans exclusively on our YouTube channel days before they are released anywhere else. This includes podcasts and footage from past and future events. Subscribe to our YouTube channel to see these clips before anyone else.

I was at the meeting of the American College of Lifestyle Medicine in Indianapolis a few months ago  And this lean handsome guy comes up to me and I assumed he was another doctor and he says no my name’s Ken Beckman and I’m an actuary and those are those folks that calculate the insurance risks for the insurance companies and how much your rates are going to be.

So there’s a whole bunch of plant-based actuaries and we now know that the vegans are much better insurance risks because they incur a lot fewer medical expenses and there’s value in keeping people healthy.

For every CEO that doesn’t go down with a heart attack, for every young breadwinner dad that doesn’t develop prostate cancer that’s worth something to the community.

And the monies that the, so they’re trying to, the bean counters or trying to rejigger the way the beans flow to pay doctors for keeping people healthy, and there’s various schemes to do this.

Every doctor is given 500 patients and money is allotted for the coronary artery bypasses they would have had, during a period of time and if they don’t those bypasses don’t happen, that pot of money will be paid to the doctors for keeping those people healthy, and there’s some very clever ways of doing this, so time’s going to change and I’m so happy to hear to bring the dietitians into this because for years, I and all of us plant-based docs have been very frustrated with the dietetic profession and mostly they’re just mouthing the party line from the meat and dairy industry and use skim milk and low-fat cheeses and take the skin off the chicken, but that doesn’t get people healthier.

And that takes away the doctor’s excuses and because the doctors will say, well I don’t know anything about nutrition and I don’t have time to talk to patients. You don’t have to doctor.

And so the dietetic colleagues are stepping forward and really making this movement go and they’ll be paid for it, and they’ll be very valuable members of the team. So things are starting to change.

My profession is the bottleneck. And the doctors, people never change what they eat. They’re going, they always, you can’t get them to stop eating cheeseburgers. Yes, you can doctor.

They hate being diabetic, they hate taking these pills and shots. They don’t like being overweight and sick, they really do want to change. Not everyone of course.

There’s a whole juggernaut of the fast-food industry that really has a powerful hold on our tastebuds, but more and more people are waking up to this message.

You don’t have to be overweight and sick and inflamed here. Let’s take a look at what you’re eating. And actually, you and I, all of us in this room are practicing one of the most powerful kinds of medicine I know, because we’re reaching people and turning on that light in their head.

It’s going to happen on a community level. The doctors are the tail of the dog. They’re the last ones to catch on. The patients are demanding that their doctors know something about plant-based nutrition and the insurance companies will pay them for it, then they’ll come along here.

So, building this groundswell among the community, where the general public knows, yeah don’t you know man that plant-based nutrition is where it’s at. I use to have high blood pressure, I got off my pills.

It’s people understand that and start talking about it and it becomes common knowledge, then it will be easier for the doctors finally catch on and change.

So that’s why I love coming to places like this and to your show and getting this message out because this is really how we institute changes that matter.