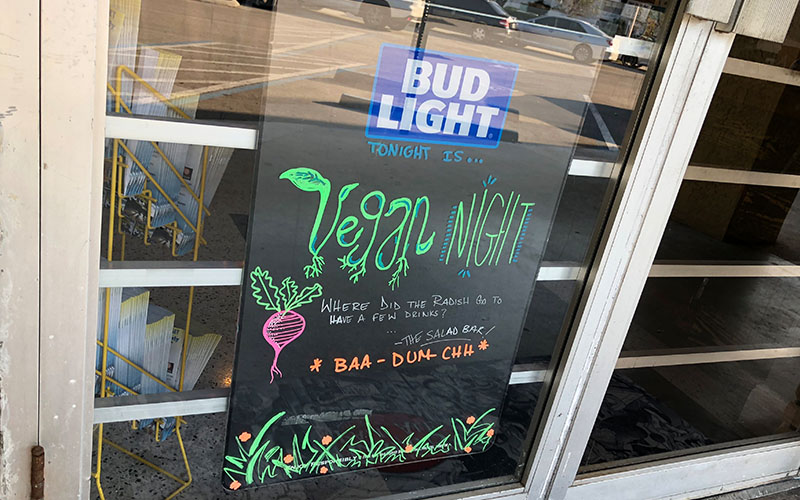 Riverside Market and Cafe in Plantation hosted their first vegan night this Thursday in collaboration with Soflo Vegans. Members of the vegan community flooded the cafe eagerly digesting over their new vegan beer and food menus.

Lo Swan, co-operations manager of Riverside, stood behind the bar and eagerly came up to me, asking me what I wanted. I asked if there was a vegan beer menu available and I was handed a three-page list of bottled beers and their corresponding breweries as I sat down on one of the few empty stools that surrounded the bar. Swan later handed me a handwritten list of the beers they have on draft.

I’m no beer enthusiast but to see a place dedicated to providing information for their new vegan customers is new for me. Both Swan and other employees took their time to accommodate us, realizing that the vegan crowd was bigger than they anticipated.

“This is the first store that we ventured off into the vegan stuff and most of our staff is either vegetarian or vegan. So once we opened in November we started asking ourselves, what do we eat!” Heather Miller, co-operations manager said eagerly. “We then said we should try some recipes. When we found out about SoFlo Vegans we figured it was a great time to partner together and make it happen, so we put a little menu together.”

According to Miller, providing vegan options has increased their business sales. Miller explained that there are more and more people in Plantation with a need for it.

“More people were coming in asking for gluten-free beer and vegan choices of food, we did some special dishes and now we’re keeping the menu after tonight. If you don’t see it in the physical menu the options will still be available,” said Miller.

Their menu is divided between starters like cheesy nachos, house-made hummus with the option of ordering one flavor or all four, beer battered fried mushrooms, appetizer trio, beer battered fried pickles and hot chicks which are fried chickpeas tossed in their secret sauce. Their entrees include mushroom tacos, vegan pizza with sundried tomato hummus, a veggie wrap, chickpea salad wrap, hummus and falafel, and their two vegan bean sliders. Their prices range from $8 to $12.

Both operation managers of Riverside concluded that the cauliflower wings are the most popular dish of the night. Their wings are served with the sauce options of Sweet Baby Rays, Tangy Carolina Gold, Thai Sweet Chili, Hot/Medium/Mild buffalo or just plain.

Providing the vegan community with options and expanding veganism throughout South Florida is what the Soflo Vegans founder, Sean Russell is heartily dedicated to. Riverside seems like just a regular bar with a ton of decorations surrounding its walls but after last night, it’s a place that vegans can join together, have some beers, delicious inexpensive vegan food and have a great time. 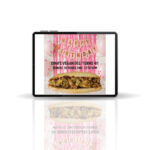 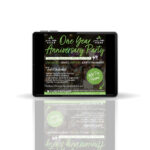 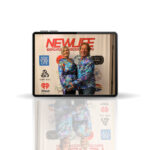 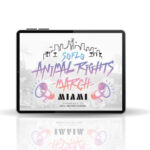 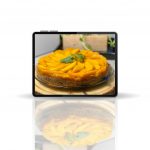 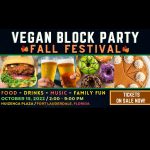 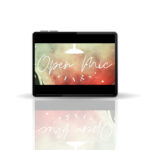 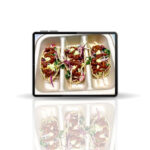 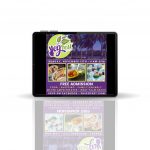 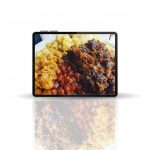