Honey Labronx is using her exposure as a drag performer to spread the vegan message to new audiences. She’s appeared as a guest on our podcast. A member of Queer Rising, Honey was heavily involved in the 2011 fight for marriage equality in New York State. She even went to jail fighting for marriage equality along with her drag mother, Bob The Drag Queen (winner of Season 8 of RuPaul’s Drag Race). 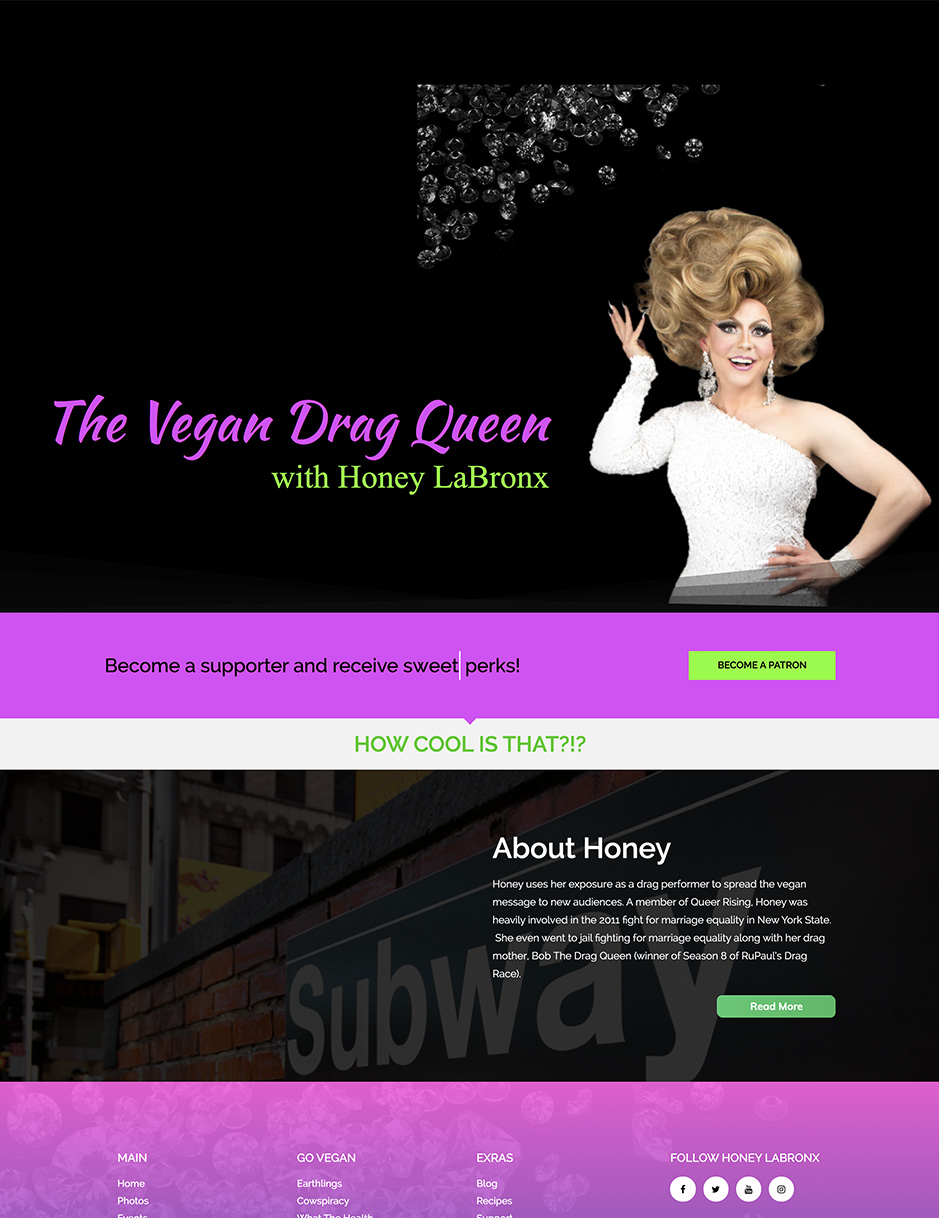