Renee, a native Houstonian, is the Executive Director and Founder of Rowdy Girl Sanctuary in Angleton, Texas.  She remarried her husband Tommy Sonnen, a multi-generational cattle rancher in 2009 and moved to the ranch. She fell in love with farm animals, having no idea her life was about to transform. After witnessing time and again the baby calves going to the sale barn she became extremely depressed. In October 2014, she went vegan as a result and began researching factory farming and the compassionate alternative, farm sanctuaries. She desperately consulted with leaders in the vegan movement, determined to do whatever she could to create sanctuary out of what was once a beef cattle operation in the heart of cattle country. As a result, the Ranchers Advocacy Program was developed as a way to transform farms and ranches into viable, compassionate, and productive farm enterprises without animal cruelty

Tommy Sonnen is co-founder of Rowdy Girl Sanctuary and is a multi-generational Texas cattle rancher who retired from Dow Chemical in 2014. After over 30 years on the job, Tommy was ready to get back to his roots and revive the ranching legacy of his great-grandfather.  When his wife Renee went vegan and bought the herd, his life changed forever.  Six months later, Tommy went vegan and became co-founder of the now world-renowned Rowdy Girl Sanctuary (RGS).

Tommy also serves as a lead advisor for the Rancher Advocacy Program (RAP). He works directly with ranchers and animal farmers in transition as well as working closely with the RAP Research and Development team on topics focusing on herd longevity and high quality pastures for the care and nutrition for large bovine populations, and more. Tommy is currently creating a veganic farm at Rowdy Girl Sanctuary as part of RGS’ long-term viable business model. Tommy loves to hunt… but now he hunts for historical relics and arrowheads. Tommy is a long time, avid and accomplished metal detector and enjoys walking the land with the herd looking for amazing finds. 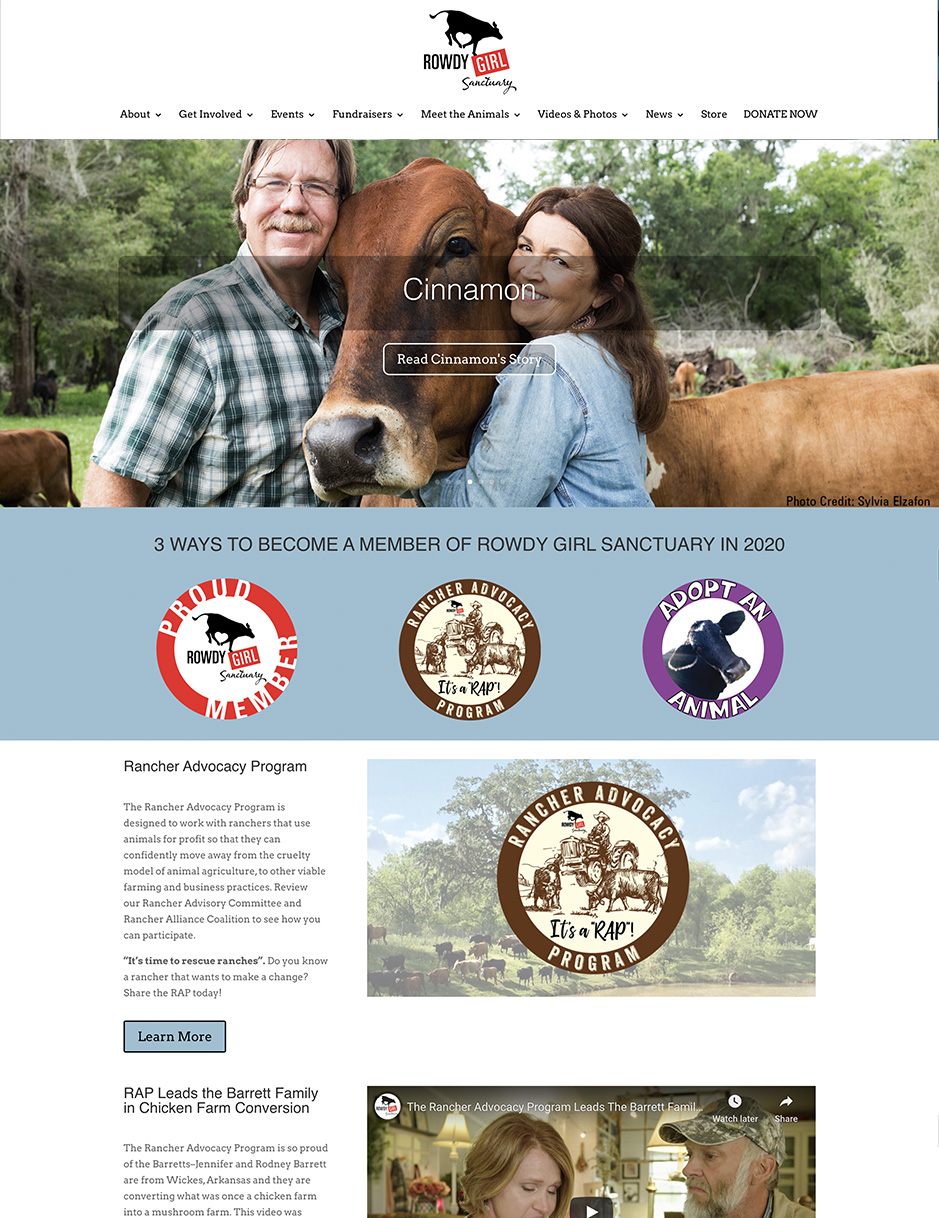